How i learnt accountancy being a developer in 2 hours. 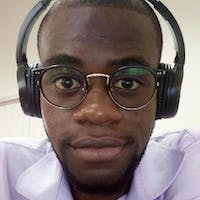 A bit of context

Actually i am a Python developer at Normalis Consulting, i accepted to work there just because of the fact they use python for a lot of things and they actually work with Odoo ERP, since it was on my roadmap of technologies to learn as python developer, i was so excited because i was about to learn about creating modules, apps and other stuff on it, in the other hand the CTO is very good on it, so i knew that i had found a mentor.

The company actually serve Odoo for multiple clients as SaaS and when there is a new client we just configure the software to fit the client's enterprise needs and even create new modules if needed, this week we was doing that for a financial institution, and our accountant is in the process of configuring the application, he was working on the Payroll module's configuration, and he was stuck at defining some rules in the salaries calculations ( talking here about, salary rules, categories, salaries structures, etc) so he called me ( i am the technical guy), my work was to write small python codes ( but advanced for an accountant) to do some calculations, i was happy to do it but there is a thing : i am a developer, not accountant so i had to learn those concepts. What i does ? (because by the end of day i had some knowledge on this)

From the time he told me was going to work on Payroll and he actually came to my desk i googled stuff like : what is used to calculate salary ?, what is a salary rule ? etc.. i started to read a lot of articles and book about this concept, i learn about allocations, indemnities, base salary, how taxes are applied to the salary and a lot of things...

To know what i had to learn was not so difficult, i just had to navigate through the app (in Odoo) and googled labels i was seeing on menus, eg: Salary rules on google i typed : what is a salary rules ? etc...

By the end i had a clear ideas of those stuff and the accountant came and explain them to me more and we was ready to start, i did the jobs he wanted me to do and its worked fine. I was very proud of me.

What i have learn

I had never made this kind of business oriented software development, i had some friend who talked a lot about that, and in CS school we had learn some basic stuff about accountant and enterprise management but i didn't gone far into those stuff, but now i am ready to re-open my old books.

I've discovered that as a developer, my ability to find something on google, learn and integrate it was very developed. Every time we, developers, learn by googling things and reading documentation, even totally new technologies, it could actually be a skill.

Now i know how a salary is calculate in detail and what constitute it.

Now i am ready to learn new part of enterprise management, but i think it will be a kind of learn by doing or learn while being in the core of process... I have faced another problems but i calm, will overcome them without problems (my CTO is there ;) ).